On Sunday, our Associate Pastor, Monica, ended her sermon with the following story which I cannot help but share because it pertains to so many facets of life, especially family and friendships. It is truly something to consider, this falling away…

The story goes like this.  “A member of the Church, who previously had been attending services regularly, stopped going. After a few weeks, the pastor grew concerned and decided to visit him.   The pastor found the man at home alone, sitting before a blazing fire. Guessing the reason for his pastor’s visit, the man welcomed him, led him to a comfortable chair near the fireplace and waited.

The pastor made himself at home but said nothing. In the silence, he contemplated the dance of the flames around the burning logs. After some minutes, the pastor took the fire tongs, carefully picked up a brightly burning ember and placed it to one side of the hearth all alone …then he sat back in his chair, still silent.

The host watched all this in quiet contemplation. As the one lone ember’s flame flickered and diminished, there was a momentary glow and then its fire was no more. Soon it was cold and dead.

Not a word had been spoken since the initial greeting. The pastor slowly stood up, picked up the cold, dead ember and placed it back in the middle of the fire.  Immediately it began to glow once more with the light and warmth of the burning coals around it.

As the pastor reached the door to leave, his host said ‘Thank you so much for your visit and especially for the fiery sermon. I’ll see you in Church next Sunday!”

Although some may not be seen in church next Sunday, how wonderful it would be to once again see  them as part of the warmth.

Long ago in my 1949 grade eight class, the lesson was about working together for the good of all. I can still hear the teacher’s voice intoning the above message and I’ve never forgotten it.

For all that’s going on in the world today, in some families, relationships, churches and businesses, and definitely in today’s governments, this message seems to be a timely one.

The popular motto “united we stand, divided we fall,” often shortened to “united we stand,” is commonly used to express unity and collaboration. The phrase is used to encourage and inspire, and sends the message that working together is easier, as there is strength in numbers, whereas doing things alone is harder and invites failure. This phrase has been used time and again throughout history to rally groups together and you will still hear it used today where the message remains the same.

This was gleaned from the Internet. And the following scripture says the same thing in different words. Happy Sunday.

Do nothing from rivalry or conceit, but in humility count others more significant than yourselves. Let each of you look not only to his own interests, but also to the interests of others. Philippians 2: 3-4 (ESV)

One hour after her eightieth birthday, Barbara was blowing out candles in heaven. It was one birthday her husband and daughters could not attend physically, but be sure they were wishing her well in the midst of their own grief.

Two months after his one-hundredth birthday, Bob traded in his wheelchair on earth for a chariot in heaven. Bob’s birthday party was well attended and a resounding rendition of “Happy Birthday to You” filled the auditorium of St. Andrew’s Scarborough where both Bob and Barbara had attended for many, many years.

Yes, in January we at St. Andrew’s bade farewell to two more of our dearly loved members; people who not only attended the church but attended to the church in so many ways over the years.

We were one month into the new year when Barbara and Bob climbed that stairway to heaven, following in the footsteps of the many who had gone before them. We at St. Andrew’s who love our people deeply, also grieve deeply when they answer that final call to “Come Home.”

Although they leave behind two separate families who miss them, they also leave behind one church family who misses them also.

And so we say not “Good-bye” to Barbara and Bob, but “Just for now.”

Watching my great-grandchildren scampering around with their Easter baskets, hunting for the goodies left by the bunny who hops around only once a year unlike most bunnies, I had a deja vu experience.

In my mind’s eye, I was the little hunter, then my children, and their children, and now my children’s children were gathering the hidden treasures. Had I really lived through four generations of yearly Easter egg hunts? Yes…and the realization was like Easter itself…a surge of renewal. I came alive to the sights and sounds of these delighted children and realized that because I live, they live. It was a humbling moment that carried me through the passage of time.

Here’s a quote that came my way yesterday. It may have made it to this blog before but, no matter, it is worth repeating:

This makes me think of a young couple who are living this quote right now, right here in Ontario, Canada. Their three precious children, ages nine, five and two years old…two sons and a daughter…and their maternal grandfather were killed when a car driven by a drunk driver crashed into this family’s minivan last September.

This young couple has to accept that their children will never return to them. They have to learn how to live the rest of their lives with this knowledge. They also have to let go of the people they can’t live without. Heartbreaking.

We can only hope to get it right.

A couple of days ago I wrote a post about praying for the men and women who serve us in the capacity of rescue. Without realizing it at the time this includes members of my own family. Two of my grandsons-in-law are police officers and one is a firefighter. It makes me happy to write these words. It makes me happy that in addition to my own prayers for these young men, there will be many others now praying for them because one EMS member stood up in church and asked a congregation for prayer.

There have been times before when I have used this blog to reach out to the WWW community to pray for someone in deep need. Today it is just a reminder to include our emergency workers in prayer while praying for our own friends and families; prayer for those who serve us so admirably, putting their lives on the line every time they don their uniforms, or in some cases, plain clothes.

It is simply a way of reaching out. 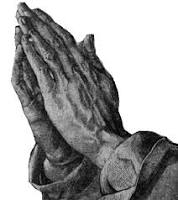 Is there ever a time not to love? There are many kinds of love and many people to love. We love our families, our spouses, our friends; we love babies, our pets, our jobs; we love to sing, to dance, to play, to eat, to sleep; love encompasses a myriad of things. And hate? I even hate that word! There should never be a time to hate unless it’s all the things that go against the grains of humanity. I strongly urged my children to intensely dislike something or someone rather than entertain the emotion of hate.

War and Peace…a great book by Leo Tolstoy! There have been many times of war, both in Biblical times and in our world today. Does there need to be a time of war? Some say yes and I guess it’s true, but a time of peace is to be sought after, longed for, and I suppose…fought for.

The way I see it, love begets peace, and hate begets war. But Solomon says, “To every thing there is a season, and a time to every purpose under the heaven.”