Whether you are flying high or lying low, enjoy your Saturday to the fullest. Two of my daughters are flying across the ocean to visit their sister today and I am wishing them safe skies and a happy reunion. 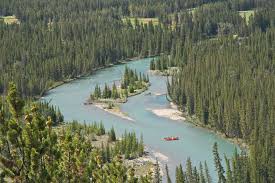 Yesterday I encountered both joy and sorrow, not personally, but via social media.

The first story was about the death, on Mother’s Day, of Lauren Davis, the beautiful twenty-four old daughter of a well known media personality, Erin Davis, co-host of the Toronto radio station CHFI morning show. The tragic details are unknown at this time but the news is definitely one of sorrow…deep, deep sorrow.

The second story is about love. It’s about a couple who lived in Ottawa, dated for four years in their teenage years, drifted apart, each married other people, and became widowed in recent years. Happenstance caused them to reunite in Ottawa and rekindle the old flame. Today they are eighty-two and eighty-four years of age and planning to marry in June of this year. This is a story of joy…deep, deep joy.

These stories touch me deeply. I feel the sorrow of a mother losing her daughter to death; it breaks my heart. I also feel the bliss of the couple reunited after sixty-five years; it fills my heart with joy.