The topic of angels fascinates me, and today I’m sharing an edited version of a blog I posted May 24, 2014. Happy Saturday.

NED IS AN ANGEL

My angels are numbered.

Let me tell you how Ned got his number. It began with a book I read, The Messenger. In one chapter, titled ‘The 444’s’, angels were identifying themselves in the guise of number 444 to four different people.

In the book, a woman who professed she could talk to angels, told the main character that his special angel’s number was 4. This triggered a memory for me. Many years ago I had been told that the number 7 was very important to me. Could it be that my special angel was numbered 777? I felt that it was, and named the angel Celeste. Before long I believed that many angels were with me and I looked at numbers in a way I never had before.

Once aware of the angels in my life it was interesting the way they became available to me whenever I called upon them. As soon as that awareness crept into my psyche I noticed triple numbers on license plates, telephone numbers on billboards, or even a particular hymn number on Sunday morning. But back to Ned.

The writer of an angel magazine I was reading one morning described an incident where she was having difficulty with a computer program dealing with finances. She mentally asked for help, and suddenly the name ‘Ned’ came to her. Shaking her head at this imaginative voice, she continued trying to conquer the problem. Once again she found herself thinking, I need some help here, and the name ‘Ned’ popped into her mind again. She searched in a name book and found that Ned was a derivative of Edward, meaning prosperous guardian. With that, she found her thinking had cleared and the problem was solved.

Back to my angels. As yet I wasn’t aware of my prosperity angel and the number 999 suddenly came to mind. I wondered if Ned and 999 were connected and looked for that number on my drive to work.

I was vaguely disappointed as I neared my destination and my prosperity angel had not manifested yet. Due to a traffic tie-up in front of me I took a short cut and turned at the first corner I came to. There, parked at the side of the road to my right was a car with the license plate N E D.

That afternoon a visiting business colleague who knew my penchant for angels and their numbers casually commented, “Incidentally, on my way over here the car in front of me had 999 on the license plate; thought you might be interested.”

That’s how I know Ned is and angel.

For he will command his angels concerning you to guard you in all your ways; Psalm 91:11


Any kind of journaling is a release of thoughts, memories, gleanings; a way of putting things into perspective for future reference. Spiritual journaling is particularly productive because of its subtle way of enlightening once the words are out of the mind and onto the page. Here are a few examples dictated by gifted thinkers:

God will give you an idea that will challenge you to live by trust. Robert H. Schuller, Hour of Power

He is your best friend who brings out of you the best that is in you. Henry Ford

No problem is too big for God’s power, no person is too small for God’s love. Robert Schuller

We defeat ourselves, or gain victories by the thoughts we think. Norman Vincent Peale

Through His word and the guidance of the Holy Spirit, God will teach us what is right and enable us to do it. Our Daily Bread magazine.

The most important thing of all things to possess is peace of mind. Peace of mind includes all other good things. Emmet fox

“You can not swim for new horizons until you have courage to lose sight of the shore.” This is a quote by William Faulkner, Nobel Prize laureate.

This quote became my motivation to step out into a different world than the one that I had inhabited for twenty-one years as wife, homemaker, and mother; the world that changed when the “I do” became “I don’t”. It was my reminder that life goes on after separations, divorces, and even death.

When I lost sight of the shore, the new horizon held a new partner, self-employment, the publishing of two books, and a whole new spiritual dimension.

Take heart if your life seems to be stuck on the shores of strife…new horizons are just a swim away.

Today is a great day to take this scripture literally. Happy Sunday.

Then Jesus said, “Let’s go off by ourselves to a quiet place and rest awhile.” Mark 6:31 (NLT)

To all who are facing many storms in life at this time I wish you a rainbow. Happy Sunday.

I have set my rainbow in the clouds, and it will be the sign of the covenant between me and the earth. Genesis 9:13

This photo of my newest great-grandchild and her father spelled trust to me the moment I looked at it. It reminded me of Isaiah 41:10…“Don’t be afraid, for I am with you. Don’t be discouraged, for I am your God. I will strengthen you and help you. I will hold you up with my victorious right hand.”

From the time of your birth to life’s final day, He will hold you up. Happy Sunday.

There is always so much to be thankful for but do we always remember to give thanks? Today I am thankful for spending quality time with family for the past few days, seeing some of my precious great-grandchildren, good food, companionship, conversation, seeing selflessness in action and lots of hugs. I am renewed, restored and looking forward to worship and fellowship as I now head out to Sunday services and more opportunity for saying thank you. Happy Sunday. 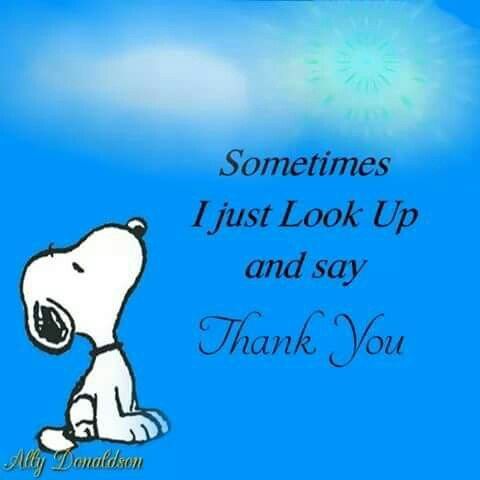 So many people I know are suffering from severe physical pain which is depriving them of the quality of life they are meant to have.

Will you please join me in a prayer for pain for all people who are afflicted.

Our Father in Heaven, we pray for your healing love to touch all who are suffering debilitating pain in different parts of their bodies. We thank you that as you hear our prayers, you will touch each one with your healing power and set them free from back pain, neck pain, knee pain…any pain that is limiting your people in their daily activities. We thank you for hearing our prayers and answering them in Jesus’ name. Amen.

Thank you to all who will participate in this prayer for pain.

We have had a series of sermons on the Lord’s Prayer for the past few Sundays and it has been a wonderful learning experience to actually embrace the meaning of each sentence of that powerful prayer. I’m looking forward to, “For Yours is the Kingdom, the POWER, and the Glory, Forever. Amen.” Happy Sunday.

A friend reminded me of this song and as I listened to it I thought…That’s what Jesus asks of us and how blessed we are if we take Him up on it. Happy Sunday.