For those of us who believe that God has a plan for our lives, we need only look in the Bible for confirmation:

Then God said, “Let us make human beings in our image, to be like us. Genesis 1:26

The Lord will fulfill his purpose for me…Psalm 138:8

For I know the plans I have for you, declares the Lord…Jeremiah 29:11

Many are the plans in the mind of a man, but it is the purpose of the Lord that will stand. – Proverbs 19:21

The heart of man plans his way, but the Lord establishes his steps. – Proverbs 16:9

I will instruct you and teach you in the way you should go; I will counsel you with my eye upon you. – Psalm 32:8

But, as it is written, “What no eye has seen, nor ear heard, nor the heart of man imagined, what God has prepared for those who love him.” – 2 Corinthians 2:9

I will instruct you and teach you in the way you should go; I will counsel you with my loving eye on you. Psalm 32:8

And finally: How do you make God laugh? Tell him your plans for the future.  Happy Sunday. 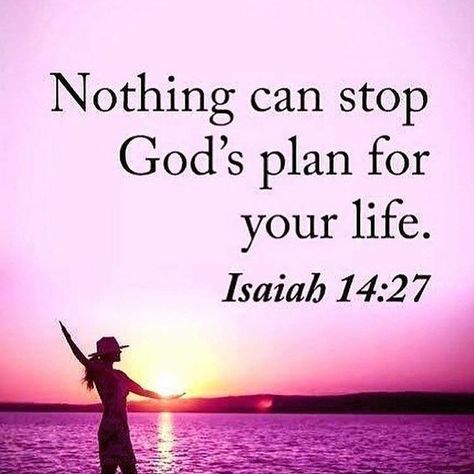 There are people, believers and unbelievers, who have a difficult time understanding and taking to heart the fact that God has a wonderful plan for our lives. (Jeremiah 29:11)

Things crop up in our lives that put restraints on the plans we have made, and that is the time to wonder if maybe God has other plans at this particular time. I choose to believe this is the case and believe that His plans are far superior to mine, whether they seem for my own good or not.

Mark tells a story of Jesus healing a boy with an “evil spirit” after the boy’s father asks Him to “help my unbelief”.

My belief for years has been that when we have faith the size of a mustard seed, nothing will be impossible for us. It was back in the early 1980’s that I read Matthew 17:20: “if you have faith as small as a mustard seed, you can say to this mountain, ‘Move from here to there,’ and it will move. Nothing will be impossible for you.”This scripture implanted itself into my heart and soul and is active to this day. Happy Sunday. 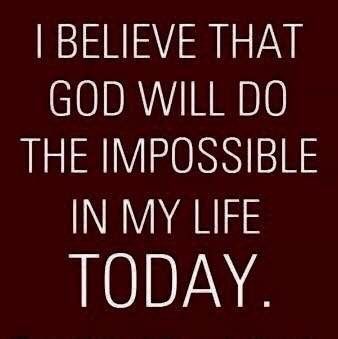 In Soul Stories, a book by Gary Zuvak, he wrote, among other things, “Believe that when you ask a question you always get an answer.” I don’t know why, but the question I asked was, “Where am I from?”

I was led to a meditation site online from a note I had taken on a television program a few nights earlier. The meditation that day was titled “Home”. It suggested that I am from another dimension, one of peace, and light, and silence. This explains my love of silence…I bask in it when stillness seems to envelop me from time to time.

At different times in prior years I had written poems, one titled,” A New Dimension” where becoming aware of the things we usually ignore opens our eyes to what’s around us. “The Journey” depicts a life of love and serenity.

To my mind, heaven is another dimension and perfectly fits the description above…love and serenity.

If I had ignored the prompting to take a note from a television program, I would not have been aware of the online meditation that gave me a fairly apt description of “where I am from”.

I attribute the inspiration for “The Journey” to a surgeon who many years ago released me from hospital with these words, “Live, love, and be happy.” And this is precisely my life today.

Do you believe it?

Here’s a snippet from a book, Passionate Presence, by Catherine Ingram:

Some years ago a young friend of mine, six years old at the time, walked up to me and said the following:”Pretend you are surrounded by a thousand hungry tigers. What would you do?”

I gave it some thought, imagining the scary scenario and feeling more and more tense. Would I pray? Probably not. Would I run? One doesn’t outrun tigers. Anxiety began to take hold as I saw in my mind’s eye the tigers closing in. I said to my young friend, “Wow, I don’t know what I would do. What would you do?”

And he replied, “I’d stop pretending.”

And what if we stopped pretending that God doesn’t exist; that the world invented itself and everything in it, including us?

I don’t know about you, but I don’t want to be surrounded by those hungry tigers…guilt, jealousy, unbelief, narcissism, egoism, cynicism.


Pain, whether physical, emotional or psychological, can be debilitating to those who suffer it constantly. Life is full of pain but there are ways of tolerating it or overcoming it, if not eliminating it completely. Below are a couple of prayers, quotes, scriptures, that I have found helpful over the years; especially The Great I Am prayer. Along with good medical treatment and continuous searching for cures, may the following be helpful to those who are in the grip of pain on a daily basis.

Prayer for pain to vanish

I know only you can help this pain vanish away. I plead for peace and serenity as I fight off the pain I am feeling. Send your hand down to me and fill me with your strength. I cannot take this pain any longer without your help! Release me from this hold and restore me. I trust in You to give me the strength to get through this. I pray that the pain will be gone! It will not hold me down because I have the Lord on my side.

Jesus Christ, the Great I Am, have mercy on me. I have found this one-line prayer to be hugely beneficial when repeated several times in succession.

“It has been said, ‘time heals all wounds.’ I do not agree. The wounds remain. In time, the mind, protecting its sanity, covers them with scar tissue and the pain lessens. But it is never gone.” ― Rose Fitzgerald Kennedy

Is anyone among you sick? Let them call the elders of the church to pray over them and anoint them with oil in the name of the Lord. James 5:14 (NIV)…(I would add to the opening sentence, “or in pain?”)

There are many ways to deal with the pain in our lives and sometimes we just need to be made aware of the spiritual help that is available. Pills are good…Power is better. Be healed.

“Heaven Is So Real”. That’s the name of a book I couldn’t quite finish reading because most of the content left me wondering what is real and what isn’t. However, the author, Choo Thomas, did describe Heaven and Hell in some detail and how attainment of each is realized, which also had me wondering how many people have ever given these two places any thought at all.

Christianity makes up one-third of the world’s population. This religion teaches that the only way to Heaven, God’s abode, is to believe in Jesus, His Son…that he was born to save us, that he died to save us, and that he lives to save us from going to Hell. I believe. I believe I am not going to Heaven because I am a good person, do good deeds, live a good life, do not hurt anyone…I know that none of these things will get me into Heaven…only my belief in Jesus will get me there.

So far no one can “prove” that Heaven or Hell exists. However, after reading many descriptions of what Hell is presumed to be like, I am certainly glad I’m a believer.

It has been said that it is better to believe that God exists and to die and find out he doesn’t, than to not believe in him and die and find out that he does. In my opinion, that’s where Hell awaits.

Weighing the options; learning about the way, the truth, and the life (John 14:6) and choosing to believe, seems to me the best way to stay out of the “hot seat”.

What do we have to lose?

The following is a Face Book post sent to me by one of my granddaughters. It is attributed to Utmutato A Leleknek and is definitely worth sharing as others who have read it have pointed out. One of the Face Book posts shows the photo copied at the bottom of this page.  Enjoy the read.

In a mother’s womb were two babies. One asked the other: “Do you believe in life after delivery?” The other replied, “Why, of course. There has to be something after delivery. Maybe we are here to prepare ourselves for what we will be later.”
“Nonsense” said the first. “There is no life after delivery. What kind of life would that be?”

The second said, “I don’t know, but there will be more light than here. Maybe we will walk with our legs and eat from our mouths. Maybe we will have other senses that we can’t understand now.”

The first replied, “That is absurd. Walking is impossible. And eating with our mouths? Ridiculous! The umbilical cord supplies nutrition and everything we need. But the umbilical cord is so short. Life after delivery is to be logically excluded.”

The second insisted, “Well I think there is something and maybe it’s different than it is here. Maybe we won’t need this physical cord anymore.”

The first replied, “Nonsense. And moreover if there is life, then why has no one has ever come back from there? Delivery is the end of life, and in the after-delivery there is nothing but darkness and silence and oblivion. It takes us nowhere.”

“Well, I don’t know,” said the second, “but certainly we will meet Mother and she will take care of us.”

The first replied “Mother? You actually believe in Mother? That’s laughable. If Mother exists then where is She now?”

The second said, “She is all around us. We are surrounded by her. We are of Her. It is in Her that we live. Without Her this world would not and could not exist.”

Said the first: “Well I don’t see Her, so it is only logical that She doesn’t exist.”

To which the second replied, “Sometimes, when you’re in silence and you focus and you really listen, you can perceive Her presence, and you can hear Her loving voice, calling down from above.” – Útmutató a Léleknek

I was asked to post more of my poetry, specifically the above title, so here it is.

All things are possible

to those who believe,

to those who have faith

as a small mustard seed.

All goals can be reached,

all dreams can come true

when you call on the Power

that’s inherent in you.

All life can be lived

to the fullest extent,

as you know that He meant

all things are possible

to those who believe,

to those who have faith

as a small mustard seed.

With God, all things are possible has been my mantra for many years, and what began as mustard seed faith is now as big as the tree depicted in Matthew 13:31,32.