I’ve posted some humor in the past so please forgive me if you catch some repeats. Just consider them as old jokes made new again.

The fattest knight at King Arthur’s round table was Sir Cumference. He acquired his size from too much pi.

I thought I saw an eye doctor on an Alaskan island, but it turned out to be an optical Aleutian.

She was only a whiskey maker, but he loved her still.

No matter how much you push the envelope it will still be stationery.

A rubber band pistol was confiscated from algebra class because it was a weapon of math disruption.

A dog gave birth to puppies near the road and was cited for littering.

Two silk worms had a race. They ended up in a tie.

A hole was found in a nudist camp wall. The police are looking into it.

A cartoonist was found dead in his home. Details are sketchy.

In this age of intelligent technology it is prudent to know that it is not a modern day thing but a replica of the past, reminding us that everything old is new again. Happy Saturday. 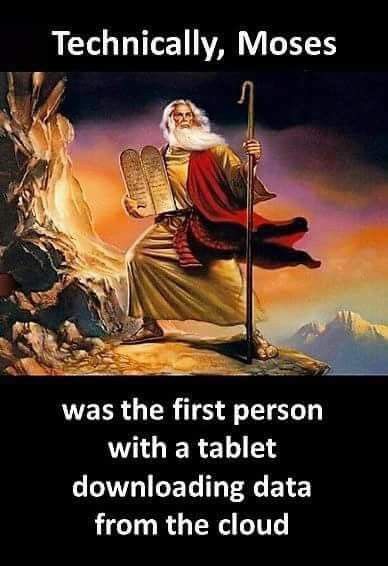 I like to think of surrendering in a positive way…as in quitting a bad habit. Instead of surrendering to the idea that I could never quit smoking, I  surrendered to the thought that it was bad for my health and detrimental to the loved ones in closest proximity to me. With that thought in mind the surrendered state became a reality. It has been twenty-one years since smoking has been part of my life.

Likewise, when disagreements occur and cause friction in friendships, families, and relationships, the thought of trying to end the conflict could be seen as giving in or surrendering to those who we think are the cause of such disruptions. But if our thoughts are of only making things better even at the risk of further alienation, then surrendering to those thoughts instead of to the grudge can, in the end, lead to peace of mind, knowing that all attempts were made to remedy a situation even if it is not remedied.

The greatest surrender of all is surrendering to God’s plan for our life, no matter what our belief. With that surrender everything else falls into place. It may not always be to our liking or to the way we expect it should be, but we can know that it is always for our best even though that may not appear evident at the time.

As this is being written, an old year is being surrendered to a new year. There is nothing we can do about that…it just is…and in surrendering old thoughts for new, bad habits for better, bitterness for understanding, hatred for love…we will be giving in to the act of surrendering.

Each year has its own peculiar ups and downs, blessings and blunders, things to remember and things sooner forgotten.

Saying hello to the future while waving the past a final goodbye is like tossing out a calendar chock full of old agendas and looking forward to a brand new start of appointments, birthdays, celebrations, events, and a new year of life in general.

There are already two events on my new calendar: a new baby joining our wonderful family in July and another family wedding towards the end of summer.

With that comforting thought in mind, my wish for humankind is peace and prosperity, health and happiness, more love and less violence from beginning to end in 2016.